Renting an Audi in Dubai gives you the chance to have a luxurious yet sporty ride around the city. With this, you cannot just impress your friends and colleagues but you can also have a comfortable and joyful drive in the UAE. But before you get behind the wheel of one, here are some things you should know about. 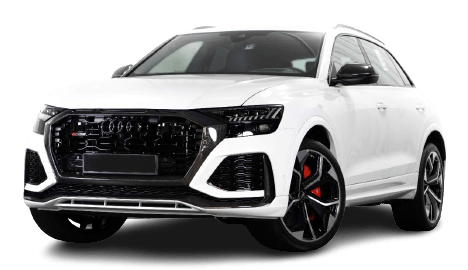 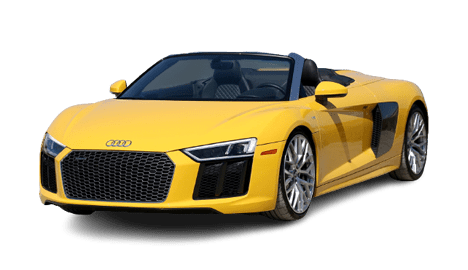 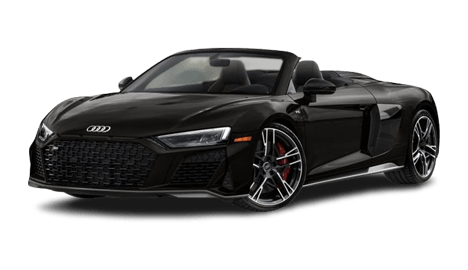 With Dubai Sports Car Rental, the renting process has not just got seamless but affordable as well. Our car rental service allows you to drive an Audi Q8 around the streets of Dubai at just AED 1,100 per day. For your convince, we have listed the prices down below.

These cars are also available for rental on per week as well as per month basis.

Audi cars in our fleet

Dubai Sports Car Rental believes that there should be an option for everyone. When going for an Audi car rental in Dubai, you should have the right options available. This is why we have models that please both the people who want to roam around with their family as well as the ones looking for some kick.

We have the below-mentioned models available in our fleet:

Audi Q8 is the flagship SUV model from the German automobile manufacturer. The car gets a modern look on the outside and it is feature-rich on the inside. Under the hood, the Audi Q8 has a 3.0L V6 engine that produces 335 horsepower. It is more of a family luxury SUV that you can take around the city or even go on long drives with.

The SUV has a nice and spacious cabin with comfortable seats for amazing long drives. Audi Q8 gets all the latest technology including an automated tailgate, a feature-rich infotainment system with Apple CarPlay and Android Auto, a smart instrument cluster and much more.

Audi RSQ8 is like a fusion of a practical SUV and a sports car. The RS badge on the car clearly indicates that it has a more powerful engine when compared to its counterpart. This new Audi RSQ8 packs in a 4.0L V8 twin-turbo engine under the hood. It produces 600 horsepower and it can do a 0-100kmph in a mighty 3.8 seconds.

The Audi RSQ8 is not just interesting under the hood but also on the inside. Since it is an RS model, it gets an RS steering wheel with a flat bottom and the RS sports leather seats. On the car’s instrument cluster, one gets features that are aimed toward sports cars like lap times, lap statistics, acceleration measurement, and much more.

Audi R8 Spyder is powered by a 5.2L V10 engine that produces 570 horsepower and 560NM of torque. With this, Audi claims that the R8 can do 0-100kmph in just 3.5 seconds. The car also comes equipped with all the latest technology and has an advanced instrument cluster. The driver also gets an option to switch between different driving modes.

Audi was founded back in 1909 by German automobile engineer August Horch. Before starting his own venture, he was working under Karl Benz, the founder of Mercedes Benz. While Audi does sound like an impressive name today, this was not the brand’s name when Horch started his automotive business.

Horch first introduced his own car brand A Horch & Co, which he later had to leave due to an argument with his CFO. As he had already given his name to the A Horch & Co brand, it was not something he could use for his next venture. So, he decided to find a German translation of the word and ultimately ended up naming the company Audi. If you think that’s an interesting start, we have not even touched the surface yet.

In 1932, four different companies merged together to form the Auto Union. These companies included Audi, DKW, Horch, and Wanderer. The merger of these companies also formed the popular four-ringed logo of the company. The Auto Union was later taken over by the Volkswagen Group and it was renamed just, Audi.

Audi went on to release different models over the course of the next decades. While some of these models were revolutionizing, it was in the 1980s when the car manufacturer took a huge hit.

In the late 1980s, Audi faced a ton of scrutiny from its customers after the launch of the Audi 5000. The car had a major issue that made it accelerate unintentionally and this was causing safety complaints from the customers. Due to this, Audi faced a major setback and they had to recall the Audi 5000 models.

This did serious damage to the brand as the sales dropped 84% in the US during the time frame of 1985-1981. While some of it was caused due to the recession, Audi still had some catching up to do. Instead of giving up, Audi decided to take any opportunity that will contribute to its growth.

At the time, BMW and Mercedes were doing really well in the luxury car market. Audi, due to the setback, had an opportunity to make a fresh start. This time, instead of releasing the most luxurious sedan, they connected with the new generation and gave them something they wanted.

Targetting millennials really helped the brand in connecting with its audience and grow exponentially. From the year 2002 to 2019, Audi’s annual sales grew 161 percent. Soon, the German automaker gained the reputation of the best brand when it came to innovative designs. With advanced technologies and modern design, Audi was able to give its competitors a run for their money.

It was not just the new design and the modern technology that appealed to customers but also the company’s trademark Quattro feature. Audi cars with the Quattro badge have an all-wheel-drive system and many car enthusiasts believe that this system is the best in the industry.

Showing off their engineering and design prowess, Audi also came up with exotic-looking cars like the Audi R8. The R8 was a revolutionary vehicle as it brought a stunning design and it was the first car to get LED headlights.

Audi, to this date, continues to surprise its customers with intriguing designs, high-performance, and efficient engines as well as the latest technology.

Which is the fastest Audi car in production?

Where can I rent an Audi in Dubai?

You can rent an Audi online in UAE for a great price via Dubai Sports Car Rental.

Which Audi models are available for rent?

How much does it cost to rent an Audi in Dubai?

Audi is currently owned by the Volkswagen Group.

What does the Audi logo mean?