Founded in 1931, Porsche has been racing in the hearts of car enthusiasts and driving one today in Dubai has become easier than ever. Porsche rental in Dubai has become approachable to everyone. You can rent your favorite Porsche model from us, and here’s everything you need to know about it. 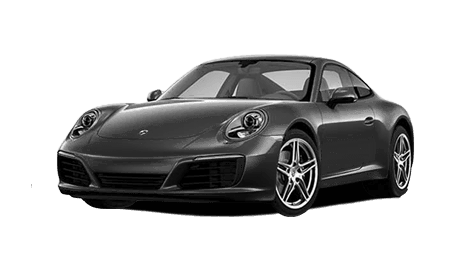 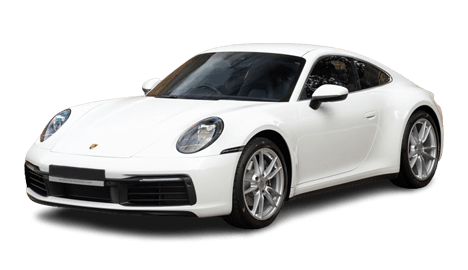 Renting a Porsche has never been so easy and affordable in Dubai. With Dubai Sports Car Rental, you can rent your favorite Porsche model and take it for a spin at attractive prices. The models available for rental in Dubai range from a 911 Carrera sports car to a Cayenne GTS sporty SUV. Here’s a quick glance at the pricing of the most popular models:

Which Porsche model should you drive in UAE?

Here are the Porsche models that you can consider renting in UAE:

When going in with Porsche rental in Dubai, the Porsche 911 Carrera must be in your radar. It holds a special place in the hearts of car enthusiasts. The latest model of the 911 Carrera is powered by a twin-turbo six-cylinder engine paired with an 8-speed Porsche Doppelkupplung (PDK) automatic transmission. The sports car also comes equipped with features like Porsche Active Suspension Management (PASM), electromechanical power steering with variable steering ratio and steering pulse generator, and more.

It is not just the engine that impresses the motorists, but it is also the design and comfort features. It comes with the new LED main headlights, including daytime running lights with 4-point LED spotlights and automatic headlight activation incl. ‘Welcome Home’ lighting. For the audiophiles out there, the 911 Carrera also comes with 8 loudspeakers with 150-watt total output. The infotainment system gets features like Online Navigation, Apple CarPlay, Porsche Vehicle Tracking System (PVTS), smartphone integration, among others.

While you can always get the regular Porsche Cayenne for the SUV feel, the Cayenne GTS is the one that will give you the kick you want in a sports SUV. Under the hood, the Cayenne GTS has a 4.0-liter V-8 engine that outputs a horsepower of 460ps. Porsche claims that the Cayenne GTS can accelerate from 0 – 100 km/h in just 4.8 seconds.

As you enjoy pushing the throttle further down, your family and friends can be comfortably accommodated in the backseat. The car is fitted with high-quality leather seats and it also comes with a plethora of features for the passengers. There is a 12.3-inch touchscreen infotainment system with wireless Apple CarPlay, Bose sound system, USB Type-C ports for the passengers and more.

Porsche Panamera is one of the nicest-looking cars in the company’s portfolio. It comes with a simple and sporty interior. It gets all the good-to-have features like electronically adjustable seats, solid-metal door handles, ambient lighting, frameless mirror, touchscreen infotainment system and a digital instrument cluster.

As for the performance, the Panamera is powered by a turbocharged 2.9-liter V-6 engine that produces 325 horsepower. It can accelerate from 0-100 km/h in just 5.6 seconds. With that being said, it is definitely a thrilling car to drive.

Things that make Porsche so special

Porsches have been around for almost a decade now and they still have a special place in the hearts of car enthusiasts. But what makes them so special? From their unique designs to their breathtaking engines, here’s a list of things that make you want a Porsche.

While sports car manufacturers try to build and design cars around the concept of the future, Porsche takes a relatively different approach. This is what also helps the brand set apart from the crowd. Most Porches look a lot like their predecessors, and that is why these cars are easily noticeable even from afar.

These designs are just timeless as even today, a 1980’s Porsche can turn a lot of heads.

One thing the Porsche 911 is known for is its air-cooled engine. In order to understand why that is the case, you will have to time travel all the way back to the days when the Volkswagen Beetle was born. The 911 and the Beetle were designed by the same family where; Ferdinand Porsche designed the Beetle, while his grandson Ferdinand Alexander Porsche made the sketch for the 911. In order to offer simplicity and reliability, the Beetle had an air-cooled engine.

The major benefit of having an air-cooled engine was that it did not require a radiator at the front, making the overall weight lighter. Following the same thought, the Porsche 911 was also designed to host an air-cooled engine. If that was not it, the 911 also had a six-cylinder engine.

This became the talk of the town and it wasn’t until 1997 that Porsche decided to switch to a flat-six water-cooled engine.

Porsche’s identity in today’s age is hugely derived from the wide range of 911s available. The 911 has been designed in such a way that it not only quenches the thirst of sports car enthusiasts but also acts like a great daily driver. Porsche 911 is a car that can be comfortably driven in any situation. With features like Rain mode and the option to get rear-axel steering, it is a car that makes city drives amazing.

Basically, the Porsche designers have done an incredible job in sketching cars that not only offer excellent performance but are also practical. And this is why, when you want to drive a sports car that is also practical, you should go for a Porsche 911 rental Dubai to get around the city.

Porsche Facts – Interesting things to know as a car enthusiast

Founded in 1931, the name Porsche has stood the test of time. Before you opt for Porche rental in Dubai, there are some interesting facts that are worth reading about. Here are the things you should know as a Porsche enthusiast.

First car from the brand was not a Porsche

While the first car sold under the brand was the Porsche 365, it was not the first car they developed. Interestingly enough, during the time of World War II, Porsche developed the Volkswagen Beetle when Hitler asked Ferdinand Porsche to do so.

Most expensive Porsche ever sold

Over the years, the company kept on developing to ultimately become the world’s 60th most valuable brand. The brand has now achieved recognition to a point where the 1982 Porsche 956 became the most expensive Porsche to be ever sold. The car was sold at an auction for a little over USD 10 million.

In case you are a car fanatic, you would have noticed that the horse on the logo of the two car brands Porsche and Ferrari are quite similar. This is because the horse on these logos has the same origin. Enzo Ferrari used the prancing horse logo by getting inspiration from Francesco Baraka, who himself got the inspiration from a shot-down German plane. It was used by the pilot of the shot-down plane as the logo was from his hometown of Stuttgart. As for Porsche, the company’s birthplace was Stuttgart, Germany, hence the logo.

In a nutshell, Porsche not only has a rich history behind it but it is also a brand that has evolved into one of the best sports car manufacturers. If you have never driven a Porsche or you want to be reminded again how amazing it is to drive one, you can rent from us in just a few simple steps.

How much does it cost to rent a Porsche 911 in Dubai?

Porsche 911 Carrera is available for rental in Dubai starting at just AED 1,700.

Where can I rent a Porsche in UAE?

You can rent your favorite Porsche car at Dubai Sports Car Rental.

Can I rent a Porsche for longer durations?

Absolutely. You can rent a Porsche for a day, a week, or even a month. For some models, we even offer discounted prices if you rent them for a longer period of time.

Where can I drive the Porsche?

You can take the Porsche for a drive anywhere within the UAE. In order to have a thrilling experience, you can head over for a drive towards Dubai Creek Harbor, Jebel Jais mountains, Ras Al Khaima and more.

Will you deliver the Porsche, or do I have to pick it up from your store?

We have both options available for our customers. In case you would like to see other options, you can visit our store. On the other hand, we can also get the car delivered to your doorstep.