Our Ferrari rental in Dubai is here to give every prancing horse fanatic the opportunity to drive your dream car. From the exciting new Roma to the stunning F8 Tributo Spider, you can rent any Ferrari model in just a few steps. 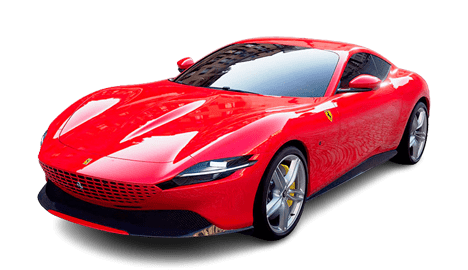 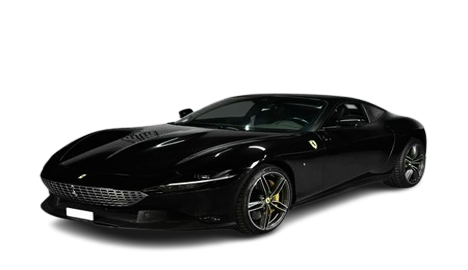 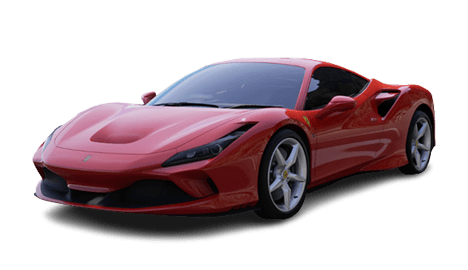 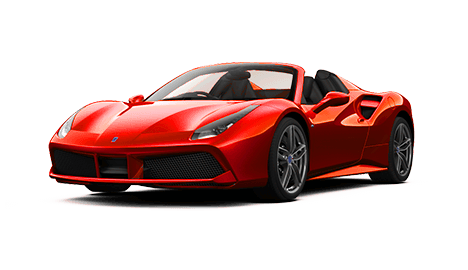 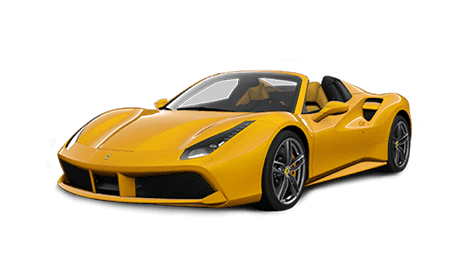 Fleet of Ferrari models available with us

Picking up any Ferrari car is going to make you feel special and give you a kick inside. But it is always better to know about the model that you are picking. So, here’s a quick look at the features of some of the Ferrari models available at our sports car rental in Dubai:

The Roma is one of the newest additions to the Ferrari family. It is a high-performance grand touring sports car from the Italian automobile manufacturer. With the stunning new design, the car is easily recognizable.

It is not just the design on the outside that gives you a modern feel but it is also the rich interior and technologically advanced cabin. While the car aims at showcasing the latest and greatest, it has taken a lot of inspiration from the Ferraris of the 1960s. This is why you will see some old-school buttons inside the cabin.

If you are looking to rent a Ferrari in Dubai, that is comfortable to drive while also offering great top-end power, opt for the Ferrari Roma.

Ferrari F8 Tributo is the successor to the insanely popular 488. When compared to the 488, this one gets notable performance improvements along with a major design overhaul. The sports car comes with a V8 engine that can deliver a top speed of 211kmph. It can do 0-100kmph in just 2.8 seconds.

Under the Ferrari 488 moniker, there are several models available. But the two most popular ones are the 488 Spider and the 488 Pista Spider. Both models are powered by a 3.9-liter twin-turbo V-8 engine. While both cars are extremely fast and super fun to drive, it is the Pista that will give you an edge over the regular 488 Spider.

With Dubai Sports Car rental, it is now easier than ever to rent a Ferrari in Dubai and drive it around the streets. There are various Ferrari models available for rent and you can not just get them for a day but also for a week or even as long as a month.

The prices for the available models are as follows:

Ferrari is named after its founder Enzo Ferrari, who was an Italian race-car driver. He founded his own team in 1929 called the Scuderia Ferrari, which exists to this day. The team was initially based in Modena, Italy and they used to drive only Alfa Romeo cars. But a decade later, Enzo started his own manufacturing company under the name Auto Avio Costruzioni, which was headquartered in Maranello, Italy.

While Ferrari has built a reputation as one of the best Italian sports car manufacturers, this was not the aim that Enzo had in mind at the time. Scuderia Ferrari was a team that wanted to race and to fund the whole program Enzo had to sell a few cars to regular consumers.

In 1945, Ferrari commissioned Dwar Keno Colombo to build a new car for them. The company’s first racing car was the Ferrari 125S, which featured a 12-cylinder engine. A year later, they also launched something for the streets, which was named Ferrari 166 Inter. Ferrari quickly gained a reputation in Formula 1 and Scuderia Ferrari is now the oldest Formula 1 team.

Shaping the future of the Ferrari brand

In 1969, Fiat took a 50% stake in Ferrari and later increased it to 90% in 1988. The remaining 10% stake was with Enzo Ferrari’s son Piero Ferrari. In 2016, the company spun off the brand as a separate entity and it became a publicly-traded company. The company’s stock is listed on the New York Stock Exchange under the symbol RACE.

Over the years Ferrari has launched many models but continued to sell them in a limited number. Where regular car manufacturers manage to sell millions of cars worldwide in a year, Ferrari barely manages to produce around 10,000. This is due to the fact that the whole manufacturing process is time-consuming.

Then where does Ferrari makes all the money from? To being with, their cars are quite expensive and out of reach for many people. On top of that, more than building cars, the company has been successful in building its brand value.

Becoming more than a car manufacturer

Ferrari has been producing some of the best sports cars in the industry and it became a renowned brand among car enthusiasts. Now brand recognition has become an understated asset of the company. They are now using this to even reach customers who cannot buy exotic cars from the manufacturer. This has helped Ferrari become one of the most powerful brands in the whole world.

As a part of approaching a larger audience, the company has also stepped into merchandise, which includes clothing, coffee mugs, shoes, backpacks as well as watches. The company has its own stores at some locations and these products are also sold via the company’s own website.

If that was not it to spread the brand worldwide, there is also a theme park based on the company called the Ferrari World. The theme park in Abu Dhabi has roller coaster rides, dining options, merchandise stores as well as the option to experience a Ferrari for a few minutes.

How Ferrari maintained the brand reputation

The brand has been maintaining its class with its exclusivity. Ferraris are surely head turners but not everyone can buy one. Even if you have millions of dollars lying around, you cannot just walk into a Ferrari showroom and purchase a brand-new car. The company runs a background check on you and they will still sometimes suggest you to buy a pre-owned Ferrari instead of a new one.

The company really wants you to want a Ferrari not just pick one off the lot. Once you have experienced driving a Ferrari on a pre-owned model and gained knowledge about the brand and its cars, you might be able to get on the waitlist. Yes, there are waitlists for different models and these waitlists can last for as long as 4-5 years at times. Even after that, you might still not be able to get on the waitlist for some of the limited edition models. Those are only offered to some loyal customers who have been maintaining a great relationship with the brand.

In the past few years, Ferrari has definitely spread itself into different areas but the primary focus still remains on building fast cars. In 2019 alone, the company introduced 5 new models which also included the company’s first plug-in hybrid. This clearly shows that Ferrari is never going to stop amusing fans.

Ferraris are built way differently than your everyday vehicle as these have way more powerful engines. Also, they have been designed from the ground up purely on the basis of offering maximum performance. AS you sit behind the wheels of a Ferrari, you will feel like you have all the power in the world. But there are a few things that you need to take care of.

When driving a Ferrari rental for the first time, you will feel the kick to hit full throttle. While that will definitely offer the most fun, it would not be so much when you will get fined. Even though the roads of Dubai are smooth, there are some rules that one has to follow. All of the roads in the city have a speed limit and you can go above the speed limit by just 20km/h. Any more than that will invite a fine, which you will be liable to pay.

In case you are in Abu Dhabi, the speed limits are exactly as mentioned on the boards. This means unlike Dubai, you will not have any grace limit on top of that. In order to avoid any fines, make sure you check with speed limits of the Emirate you are driving in.

Unlike most sedans or SUVs, Ferraris and other sports cars have really low ground clearance. They ride low due to the aerodynamics as this allows them to achieve better performance. As a driver, you will have to make sure that you do not hit the car from the ground. Make sure you drive on smooth roads and drive carefully when heading to a mall parking.

When you rent a Ferrari from us, we will offer some kind of insurance. This insurance will protect you if the car is hit by another person and you had no fault in it. But, if you damage the car by your own, you will be liable to pay for the damages.

Needless to say, if you drive carefully and follow all the UAE rules and regulations you should have a pretty great time on the streets with one of the latest Ferrari models.

Rent a Ferrari in Dubai

Opt for our Ferrari rental options to drive an exotic Italian supercar in the streets of Dubai. From the grand tourer Roma to the flamboyant convertible 488 Spider, you can choose the Ferrari you desire. Our rental procedures are easy and straightforward. So without any further ado, contact us now and drive your dream Ferrari today.

Yes. Ferrari has improved a lot in the past few years and their cars are now as reliable as any other sports car.

Which is the fastest Ferrari in production?

While all Ferrari cars go fast, some of the models that can go faster than others are the LaFerrari, SF90 Stradale and the 812 Superfast.

How much does it cost to rent a Ferrari in Dubai?

How much is a Ferrari per month?

Which Ferrari car models are available for hire in Dubai?

Ferrari 488 Spider, 488 Pista Spider, F8 Tributo, and the Roma are among some of the top models available for rent in Dubai.

What are the payment methods available for Ferrari car rental?

You can choose to pay for the rental service with cash, credit card or even a debit card. We also accept cryptocurrencies in the form of USDT, BTC and ETH.